Tobacco companies must do more to transform

Many “dirty” industries are actively shifting their actions to correct negative health, environmental, and social impacts. Through research and disruptive technologies, they are ushering in many beneficial changes, such as the decline of the internal combustion engine; increased sales of foods with less salt, sugar, and saturated fats; the emergence of sustainable energy companies; and more. In each of these instances, companies are making strides that simultaneously reduce harms and ensure revenue.

Mark Kramer, co-founder of the mission-driven consulting firm FSG, stresses that these actions do not reflect altruism in its purest form. Rather, they exemplify industry responses to consumers and investors who express their values through their dollars. In his latest report, “Hybrid Metrics: Connecting Shared Value to Shareholder Value,” he describes the importance of companies “doing the most good most profitably.” 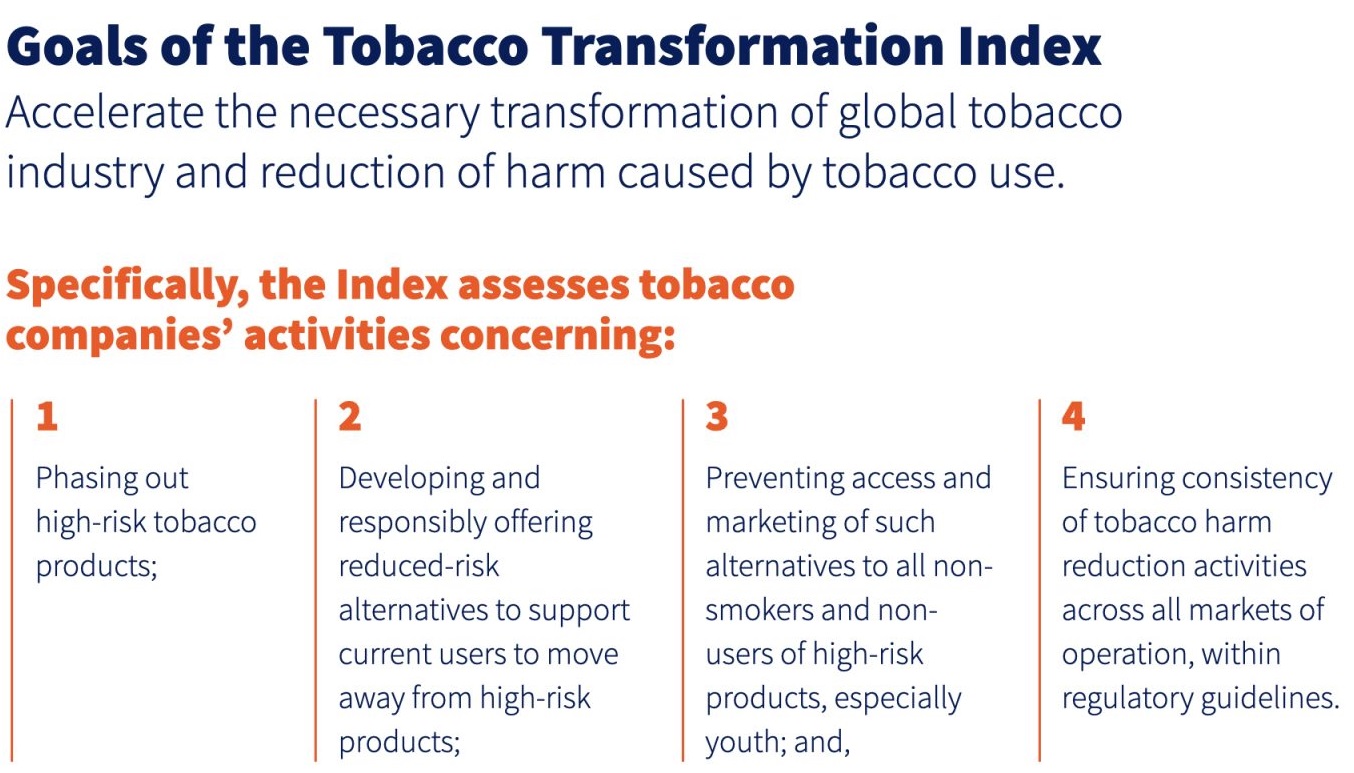 The Foundation for a Smoke-Free World (FSFW) just released the first report of the Tobacco Transformation Index. The Index shows that a small group of companies have started down the path of shifting their portfolios (and the source of their profits). Most of them, however, have yet to start down this path.

Through FSFW’s Tobacco Transformation Index, the behavior of tobacco companies is being critically evaluated, including actions that either support or impede tobacco harm reduction. In doing so, the Index provides objective, transparent information to all stakeholders and incentivizes companies to act more quickly and responsibly than they otherwise would.

Company actions could be accelerated if governments implemented smarter regulations to support the transformation, if laggard companies joined the leaders, if nongovernmental organizations and global funders dropped their calls for bans on tobacco, and if consumers were assertive in their rights to more healthful products.